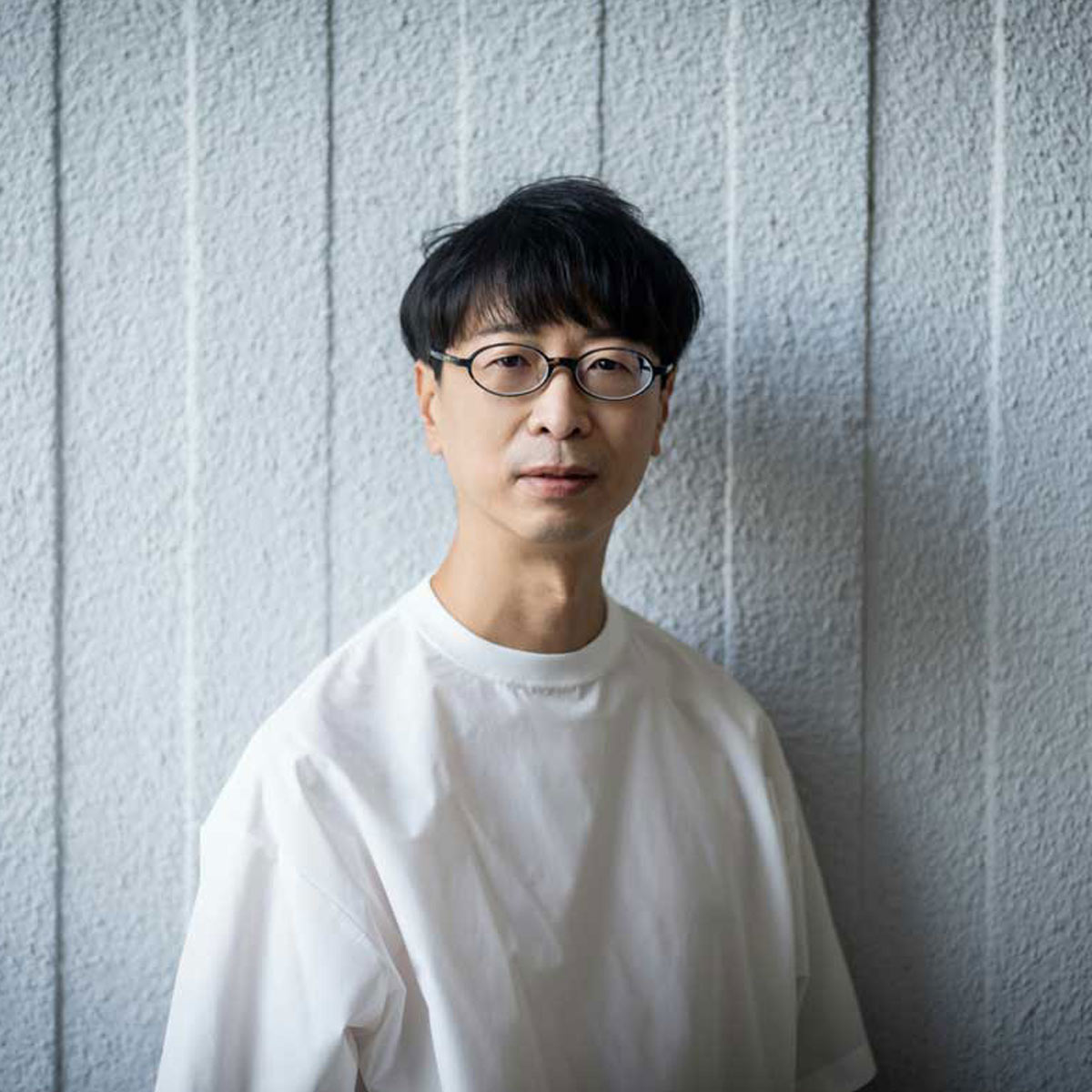 “I began anyways without any success on funding, and visited Mui Wo twice every week for six months. Random chats at cha chaan teng are good starting points. Making friends is important. Otherwise why on earth would the villagers trust you?”

The book Fashioning the Male Professors co-written by Prof Anthony Fung, Dr Louis Ho, Dr Chow Yiu-fai and Prof John Erni, gives a glimpse of Prof Fung’s assiduity on grooming, fashion and scent. The lines are peppered with his honest and humorous remarks.

Anthony has been with the School of Journalism and Communication, CUHK since 2001. He champions styling even before the bloom of the Korean drama “Boys Over Flowers” — wearing make-up, going to beauty salon, getting immaculate facial treatment, and even choosing fabrics and making patterns by himself to get his outfits tailored. “I tailored these by myself,” he said proudly, pointing at the light-coloured checkered cropped pants he was wearing.

From wardrobe to community

“Others may just sit back when taking a break from writing paper. I seize the time to trim my eyebrows,” Anthony spoke jovially on tips to utilise every tick of the clock. He could go on for a whole day on grooming as an integral part of life, but he was more than happy to share instead on a collaborative knowledge transfer project about Shek O, and his previous initiative with the School of Architecture on documentary and cultural promotion in Sai Ying Pun.

On a breezy morning a few days after this interview at the end of January, Anthony and his crew strolled in the sleepy and sultry village of Shek O to film various cultural and historic spots with the assistance of local villagers. These footage would be archived in a VR database for promoting culture and life of the century-old village of Shek O.

Video-documenting is only part of what the project “Visualizing the past, connecting to the present” involves. Before applying for the CUHK Knowledge Transfer Project Fundlast year, Anthony recruited two teammates — Dr Sally Lo and Prof Johnson Chan, who specialise in oral history and sustainable tourism respectively. They hope to preserve the cultural heritage of this typhoon-prone village of more than two thousand residents.

Last year the project team touched base with volunteers of Shek O Heritage Society and Shek O Residents Association, and got to hear interesting stories from the villagers — working at Shek O Golf & Country Club during the colonial years, organising festivities with adjacent villages and so on. Nowadays Shek O is packed with beach-goers and visitors taking IG-able photos at European-like houses and alleys every weekend, but few really pay attention to the people and history here. This kind of tourism is probably not desired by the local villagers.

Shek O was severely damaged by Super Typhoon Mangkhut in 2018. Anthony met a villager from Shek O at an event and ideas of a project sparkled. “The typhoon was devastating to them. He suggested that I study what can be studied. I have always had an interest in communities and documenting their stories. Many communities will vanish lest proper preservation is done.”

“The project will record stories from the local elders’ point of view. I hope to organise educational events at schools around Shau Kei Wan to promote the historic values of Shek O. It has so much more to offer than a tourist spot.” Notwithstanding the cancellation of an assortment of celebrations such as Mid-Autumn Festival, Tin Hau’s Birthday and Halloween (Shek O has a significant non-Chinese population) as well as oral history interviews, video documenting could still carry on.

The sights of Shek O were reminiscent of his first research project upon joining CUHK in the beginning of 2000s, which took place in Mui Wo. When MTR Tung Chung Line opened, the town quiet down as people no longer took ferry to Lantau via Mui Wo. Anthony wanted to know how this might impact the youths in Mui Wo and its community development on the whole.

“I began anyways without any success on funding, and visited Mui Wo twice every week for six months. Random chats at cha chaan teng are good starting points. Making friends is important. Otherwise why on earth would the villagers trust you?” Integration is the prerequisite for community projects. He went from door to door at Mui Wo with a historian friend, and visited schools and youth centres to complete the research.

Apart from the projects at Shek O and Mui Wo, Anthony teamed up with Prof Hendrik Tieben of School of Architecture, CUHK in 2013 with the support of CUHK’s Knowledge Transfer Fund to launch the whimsical community project Magic Carpet. Again this project had something to do with the MTR. How did the opening of MTR Sai Ying Pun Station affect the rather run-down community?

The team trained over twenty students from St Paul’s College who interviewed a good number of residents in the neighbourhood. On a mid-autumn night, the simple set-up of an artificial grass carpet, a projector and a screen transformed the steep, underused public space in Centre Street into an outdoor cinema, where residents of the area came to watch the video interviews, and reflected on the relationship between cultural conservation and urban development. Great response received in Sai Ying Pun allowed the project to be subsequently brought to Tin Shui Wai and To Kwa Wan.

Adventures of a straight-A student

Proficient in pop culture, youth culture and gaming industry, Anthony’s interest in community issues might have sprung from his social service experiences when he was in secondary school. In the 1980s, Anthony and his schoolmates often volunteered at elderly homes and youth centres.

“One of the most memorable occasions happened at a fishermen children’s school in Shau Kei Wan. It was not uncommon back then for fishermen to forbid their children from attending school. The school teachers would have to visit and persuade these parents to let their kids receive education. I volunteered at the school by organising extra-curricular activities for the children.”

These experiences inspired him to study journalism and communications at CUHK through the Early Admission Scheme upon completing sixth-form at Wah Yan College, Hong Kong. It was quite an unusual choice as most elite students would take medicine, electrical engineering or business and administration.

“Many of my classmates had become doctors. My mother was very liberal but she could not help from berating me for my decision.” Anthony and his mother were very close, as revealed in Fashioning the Male Professors.

Upon graduating from CUHK, Anthony was awarded a scholarship for postgraduate studies at University of Minnesota. He completed Master of Arts in Journalism and Mass Communication and PhD in Communication within 6 years, and returned to Hong Kong just in time to witness the city’s handover to China. Was “study hard” his mantra?

Quite the contrary. Anthony has his own theory on time management. He took to American college life like a duck to water. “I never missed any party or thanks-giving gathering. I had to understand the community and society（quite a good excuse）.” He totally embodies the catchphrase “it requires effort to look effortless”.

“Later I found myself roistering over the line as I had beg my landlord pardon for returning late almost every night. So I restrict myself for partying two nights per week at most. It helped a lot to focus on writing papers from then on.” Efficiency comes from self-discipline. His motto to students: work hard, play hard.

Anthony’s remarkable academic achievement and career is not without real work experience in the media. In 1991, he took advantage of the less busy final year term and took on a full-time job at Oriental Daily for HK$10,000 per month (still the same salary for this post 20 years after). He was assigned to the complaint column. It was the golden age of media workers.

“It was also the time when complaints were not properly handled. Lack of community facilities, public toilets weren’t taken care of… I remember going all the way to Chung Hom Kok to take photos of a public toilet there. It was hilarious. But there were lots of opportunities to reach out to different groups and issues of the society.” It was definitely an unforgettable “working holiday” for Anthony before going to US for postgraduate studies.

Apart from flipping government telephone directories to air grievances, Anthony also wrote extensively on environment, adventure, alternative medicine and so on. “Reporters were given proper respect and freedom. Everything we wrote would be published without political concerns.” Job satisfaction aside, he quitted after a bit more than a year when the Rotary scholarship was secured.

While in US, Anthony realised that news is only a fraction of applied communication studies. Television, film and music are also significant research topics. “What really matters is how communication takes place in daily life. News only constitutes a small part of that.” Pop culture became his research interest as soon as he returned to Hong Kong. He started with comparative studies on Asian TV dramas, and gaming industry since 2000s.

In 2015, Anthony was appointed professor at Beijing Normal University where he would spend three months in a year with access to the big data of China’s Tech Giants for his research on gaming industry. He recommends closer collaboration between CUHK and private companies, and that between the academia and business on the whole. “The multitudinous terms and conditions make it extremely difficult for the university to work with the private sector,” Anthony understands the risks of conflict of interest though, “So it has to be win-win.”

He wishes that the pandemic will be over soon so that he can carry out his plans, one of which is buying fabrics in Shenzhen to replenish his wardrobe.

Anthony’s research focuses on cultural and creative industry. “This is not rocket science. What is in our daily lives can bring about enormous economic value. In the past it was driven by television, film, music, anime and manga. Today these elements have advanced by the power of technology and digitalisation.” While Google and Amazon are global big names in the industry, Anthony is expert in Tencent, TikTok and their game content, production and user study. “Discussions in recent years highlight cultural policies and how they are formulated in different countries and regions to drive economy and employment. Korea is a good example. Non-mainstream culture claiming to authenticity and uniqueness is catching big among the younger generation, and economic opportunities from such are attractive to youngsters.”